In addition to maintaining the alkalizing capacity of the original PiMag® Water Bottle Filter, the following are some of the advantages of the new Nikken PiMag® Filter:

The most significant improvement in the new PiMag® Filter is one you can’t see. It’s the filters ability to remove harmful pathogens. These include bacteria such as E. Coli and water-borne microbial cysts such as giardia and cryptosporidium that are resistant to chlorine disinfection.

These contaminants are not usually found in drinking water. But in cases where municipal water systems are compromised during floods, hurricanes, earthquakes or other natural disasters, drinking water is one of the first problems that must be addressed.

The new Nikken PiMag® Filter can remove pathogens from drinking water in an emergency situation.

In addition, there are new classifications of contaminants referred to as “emerging contaminants”. Trace amounts of these contaminants are being discovered in water in parts of the world. They are not monitored in municipal tap water and are not regulated under the Safe Drinking Water Act.

These include pharmaceuticals, personal care products and endocrine disrupting compounds. Research in emerging contaminants in drinking water indicates that long term consumption may have effects on public health.

Nano-filtration is proving a capable technology to address concerns over emerging contaminants.

How Does the Filter Remove Pathogens?

The filter media is a Charged Layer Membrane (CLM). This filter media is constructed with a non- woven fiber substrate impregnated with nano-alumina particles. These particles generate an electro-kinetic field or “charge” field around the fibers. All water passing through the filter is exposed to this charged field. This charge attracts and retains negatively charged ions, similar to the way a magnet is attracted to steel. Pathogens are negatively charged, so the CLM media actually “pulls” them out of the water stream as the water passes through the filter.

How is the PiMag® Water Bottle Filter Unique?

It is the only water bottle that offers a filter that combines a wide range of water filtration capability with the ability to provide alkaline water.

Under normal circumstances, municipal tap water is disinfected before and during distribution. After natural disasters like hurricanes, floods and earthquakes, the water supply infrastructure is frequently compromised. Bacteria such as E.Coli can make water unsafe to drink. Protozoan cysts like Giardia and Cryptosporidium can be resistant to chlorine disinfection, even when the municipal system is functioning normally. The new PiMag CLM filter can remove pathogens that can be present in drinking water.

Yes. Besides the electro-kinetic effects previously described, the filter media also contains an extremely fine grade of activated carbon particles. Unlike other filters, the carbon is captured in the filter media without using a binding material. This leaves the entire surface area of the carbon particles available for the absorption of organic contaminants. The effectiveness of the carbon is maximized with this construction.

What Are “Emerging Contaminants”?

These are new classifications of contaminants currently under study and review. They are not monitored in municipal water supplies and are not regulated under the Safe Drinking Water Act.

What is Considered an Emerging Contaminant?

Research is being done on emerging contaminants. Indications so far show that long-term consumption could have effects on public health.

How Can We Defend Against These Emerging Contaminants?

Charged Layer Membrane (CLM) filtration is proving to be a capable technology to address concerns over emerging contaminants that may be present in our water supplies.

Does the PiMag® Filter Remove Micro-Plastics?

Yes. Plastics can be present in the water two ways. The most common is plastic particles or
micro-particles. These are very tiny pieces of plastic that are insoluble in water. They range in size from 2 microns up to about 100 microns. 100 microns is about the thickness of a human hair. 50 microns is generally the threshold visible to the human eye. Most of the plastic particles in water are not visible to the human eye.

The CLM media in the new Nikken filter will remove particles in the water as small as 2 microns, so it mechanically retains these small plastic particles. They are too large to fit through the micro-pores of filter media.

The second reference to plastic in water would be in its ionic or molecular state.

The new Nikken CLM filter removes plastic from water in either its particulate state or molecular state.

The CLM media was originally developed for NASA (National Aeronautics and Space Administration). The CLM media is patented and the filter construction has a patent pending.

The extremely small nano-particles in the CLM filter exponentially increase the active surface area available for scavenging contaminants that may be in the water. Filters that use granular carbon (such as pitcher filters) don’t have this advantage.

All the above is in addition to previous filtration of:

Does the Filter Alkalize the Water?

Yes, it uses an alkalizing medium to increase the pH of the water from 7 to more than 8.5, representing a 15 to 25-fold increase in pH value. The pH value is an exponent of 10, so the difference of one on the pH scale means a 10 times differential in the number of OH-ions.

How Long Does the Filter Last?

It treats up to 40 gallons of water, approximately three months of use under normal conditions.

Can I Clean the Filter?

The filter itself can be rinsed with water but do not use soap as that may clog the pores of the CLM filter media.

For cleaning the bottle – hand wash only. Do not place in the freezer, microwave or dishwasher. Do not fill with hot or salt water. Do not leave water in the bottle for more than 24 hours. 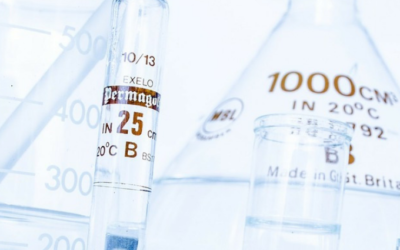 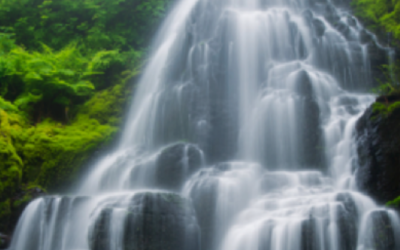 What is PiMag® Water?

Stay Up to Date With The Latest News & Updates